Why a German bailout will make euro zone worse? 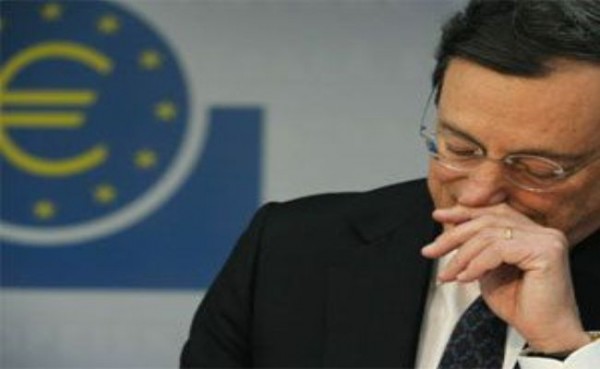 MUNICH: Although Europe may seem far away from the economic life of the average American, the fate of the euro zone weighs heavily on the United States economy. Pension funds have invested in bonds issued by southern European states, while banks and insurance companies have underwritten a sizable fraction of the credit-default swaps protecting investors against default.

It’s no wonder, then, that President Obama is urging Germany to share in the debt of the euro zone’s southern nations. But in doing so, he and others overlook several critical facts.

For one thing, such a bailout is illegal under theMaastricht Treaty, which governs the euro zone. Because the treaty is law in each member state, a bailout would be rejected by Germany’s Constitutional Court.

Moreover, a bailout doesn’t make economic sense, and would likely make the situation worse. Such schemes violate the liability principle, one of the constituting principles of a market economy, which holds that it is the creditors’ responsibility to choose their debtors. If debtors cannot repay, creditors should bear the losses.

If we give up the liability principle, the European market economy will lose its most important allocative virtue: the careful selection of investment opportunities by creditors. We would then waste part of the capital generated by the arduous savings of earlier generations. I am surprised that the president of the world’s most successful capitalist nation would overlook this.

This does not mean there can be no systematic risk-sharing between the states of Europe. But for that to happen, the countries should first form a common nation, with a constitution, a common legal superstructure, a monopoly on power to ensure obedience to the law and a common army for external defense.

Otherwise, there is nothing to counter the strong centrifugal forces created by redistribution schemes, which would inevitably lead to political eruptions that would threaten the stability of the Continent. The European Union has enjoyed a long period of stability because it abstained from sizable interregional redistribution. This period would end if we redistributed incomes or debt without creating a United States of Europe.

Unfortunately, not one of these conditions is met in Europe today and won’t be in the foreseeable future, because the euro zone countries, above all France, are unwilling to give up sufficient sovereignty.

Even a European nation, however, should not socialize debt, a lesson demonstrated by the United States in the 19th century.

When Secretary of the Treasury Alexander Hamilton socialized the states’ war debt after the Revolutionary War, he raised the expectation of further debt socialization in the future, which induced the states to over-borrow.

This resulted in political tensions in the early 19th century that severely threatened the stability of the young nation.

It took the experience of eight states and territories going bankrupt in the 1830s and 1840s for the United States to shed socialization. Today no one suggests bailing out California, which is nearly bankrupt but is expected to find its own solutions.

Criticism of bailouts in general does not mean, however, that Europe should eschew immediate help to crisis-stricken southern European countries. While help to avoid insolvency is dangerous, help to overcome brief liquidity crises is justified. The European Economic Advisory Group, an international think tank, has proposed providing liquidity help in the first two years of a crisis, with selective defaults according to maturity and socialization of excessive losses thereafter.

We are, however, already in the fifth year of generous liquidity help to Europe’s uncompetitive members. Since late 2007, the European Central Bank has helped with an international shift of refinancing credit, also known as Target credit, from the core euro states to the periphery, to which the German Bundesbank has contributed $874 billion. Greece’s and Portugal’s entire current account deficits were financed that way.

Moreover, since May 2010, the E.C.B. has bought more than $250 billion in government bonds, while nearly $500 billion has come from rescue programs and help from the I.M.F. Add to that two European rescue funds, and you have a total of $2.63 trillion.

It is unfair for critics to ask Germany to bear even more risk. Should Greece, Ireland, Italy, Portugal and Spain go bankrupt and repay nothing, while the euro survives, Germany would lose $899 billion. Should the euro fail, Germany would lose over $1.35 trillion, more than 40 percent of its GDP. Has the United States ever incurred a similar risk for helping other countries?